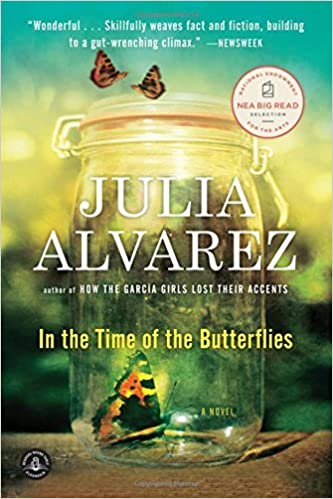 It is November 25, 1960, and three beautiful sisters have been found near their wrecked Jeep at the bottom of a 150-foot cliff on the north coast of the Dominican Republic. The official state newspaper reports their deaths as accidental. It does not mention that a fourth sister lives. Nor does it explain that the sisters were among the leading opponents of Gen. Rafael Leónidas Trujillo’s dictatorship. It doesn’t have to. Everybody knows of Las Mariposas--the Butterflies. 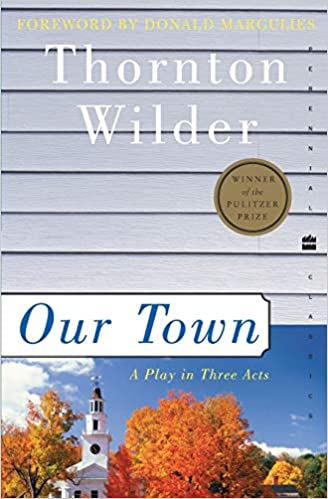 Our Town explores the relationship between two young neighbors, George Gibbs and Emily Webb, whose childhood friendship blossoms into romance, and then culminates in marriage. When Emily loses her life in childbirth, the circle of life portrayed in each of the three acts—childhood, adulthood, and death—is fully realized. Often considered one of the greatest American plays of all time, Our Town is also Wilder's most frequently staged play. It debuted on Broadway in 1938 and continues to be performed daily on stages all around the world. 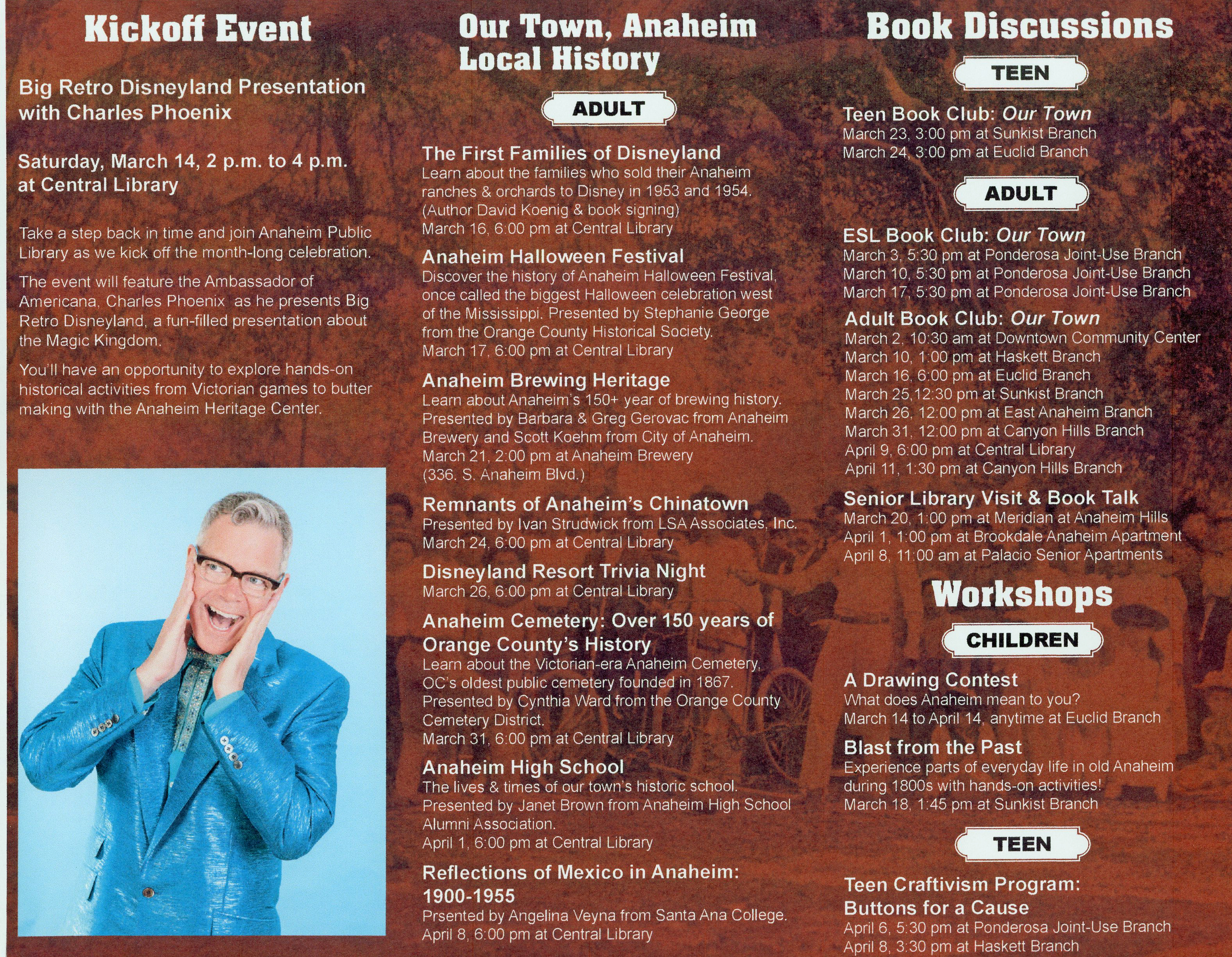 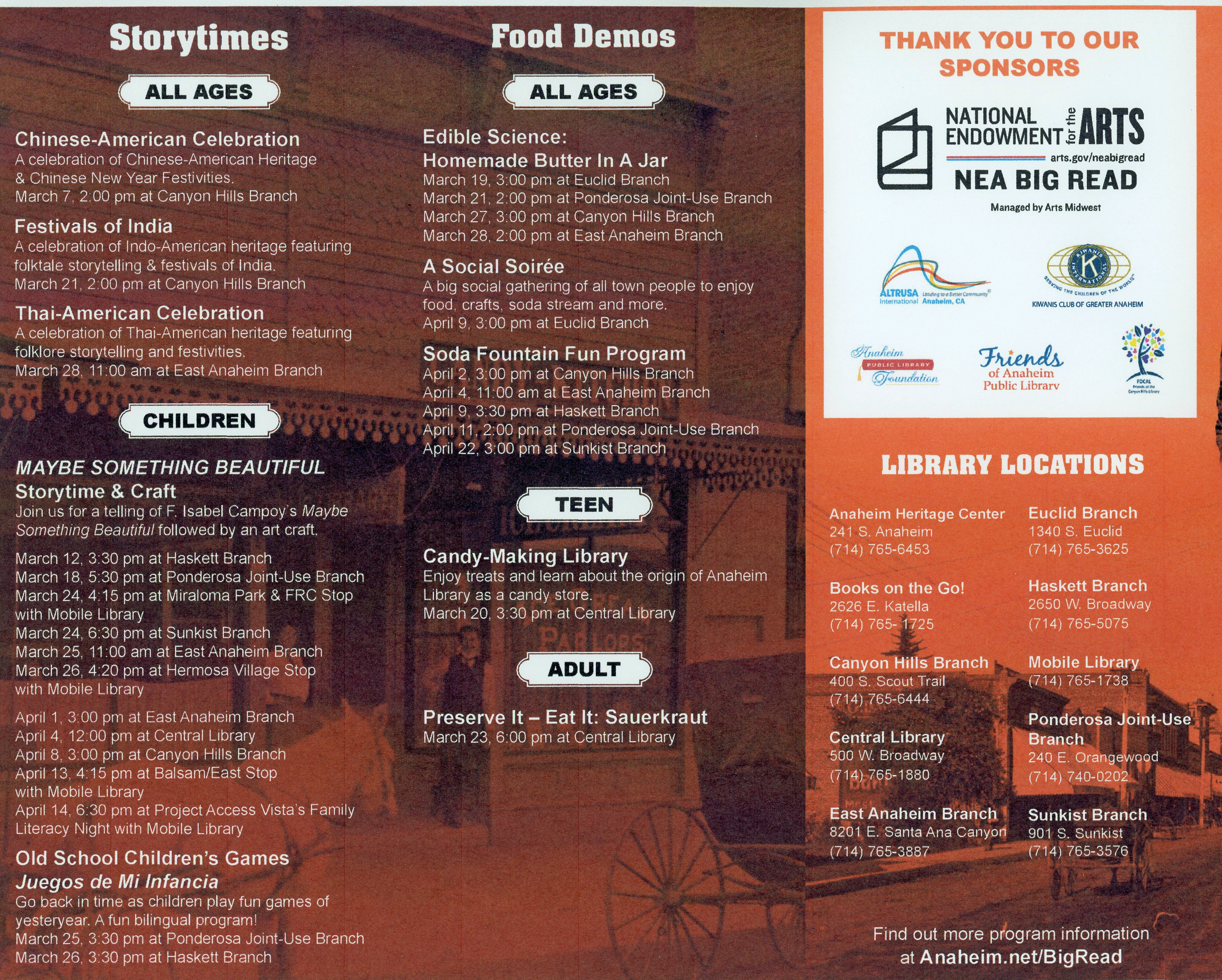 Our Town - Storytimes for adults and children, Food Demos for adults, teens and all ages 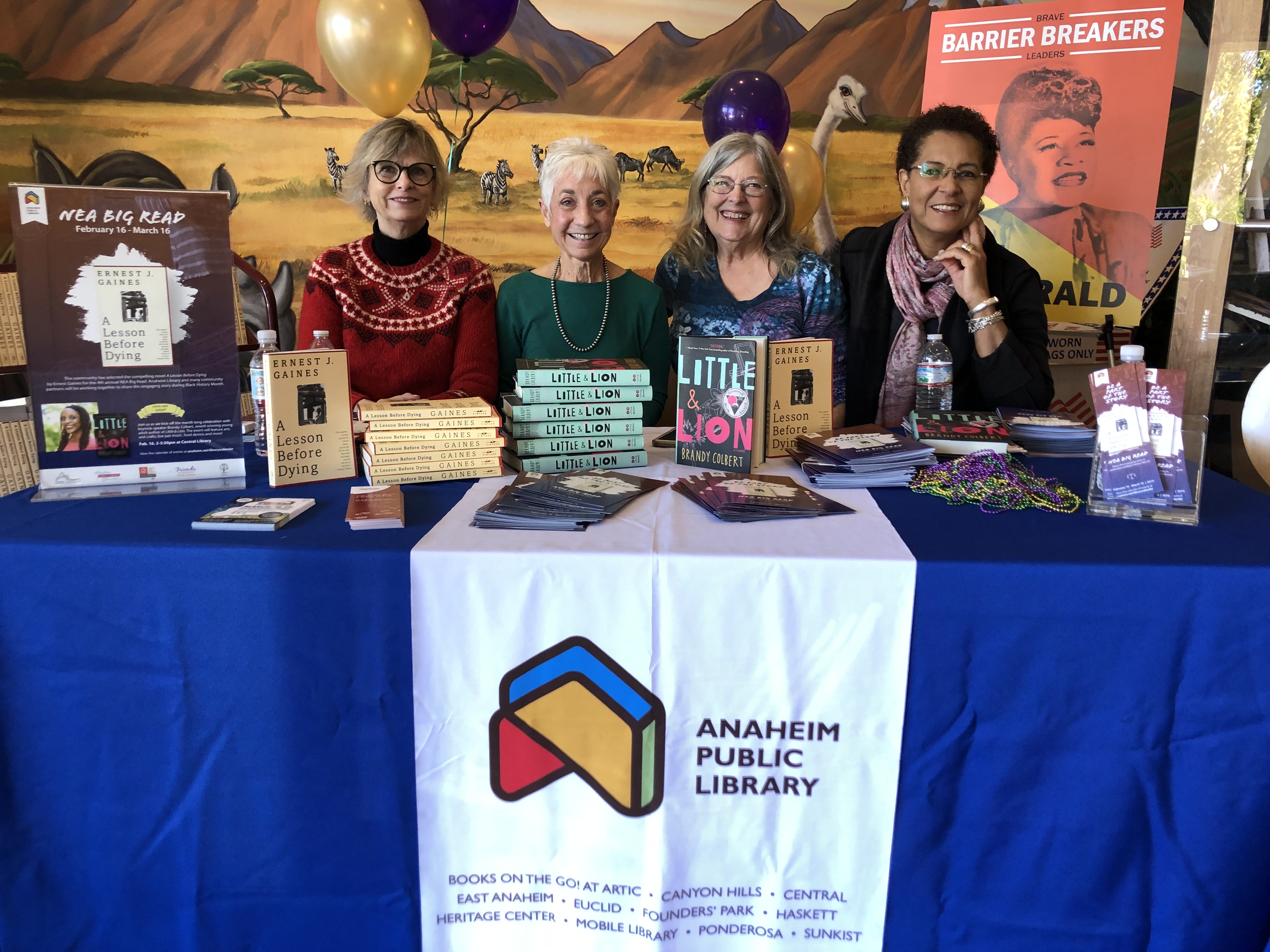 A gripping story that tackles the intersection of race and criminal justice will help Anaheim honor Black History Month as the city comes together to read Ernest J. Gaines “A Lesson Before Dying.”

Anaheim Library partnering with Altrusa will give out copies of “A Lesson Before Dying.” Community members are encouraged to read the book prior to panel discussions and host story times focused on Black History during the month.

“A Lesson Before Dying” is set in the late 1940s in the fictional town of Bayonne, LA. The novel depicts the struggle of a young black man convicted and sentenced to death for a crime he did not commit. 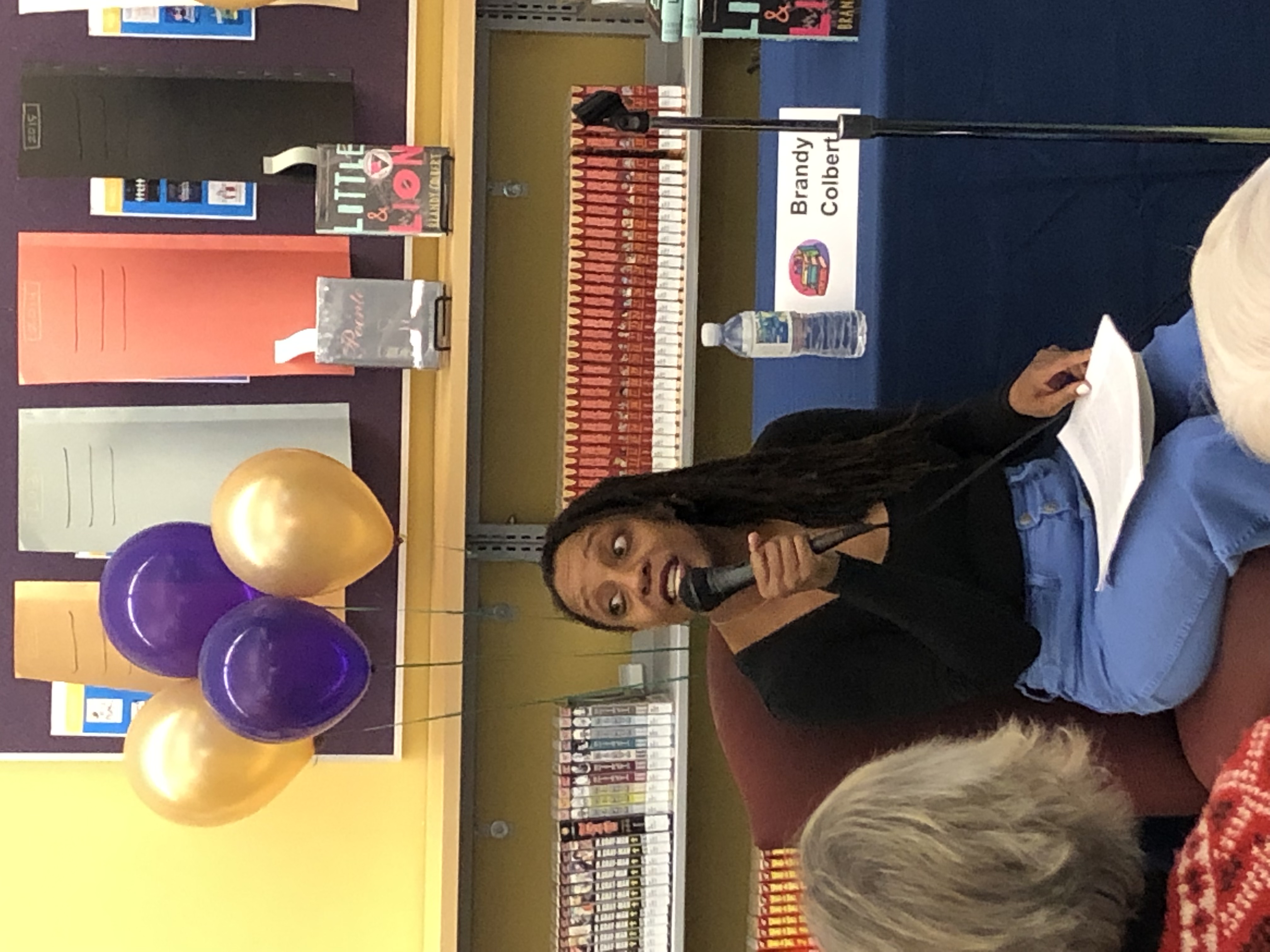 Her book "Little and Lion" won the 2018 Stonewall Children’s and Young Adult Literature Award and was the perfect companion book to "A Lesson Before Dying" for younger readers.

Colbert's first Middle grade novel, The Only Black Girls in Town, about two black girls who find a mysterious journal in their attic, was published by Little, Brown in March 2020. It received a starred review from Kirkus Reviews and Publishers Weekly. 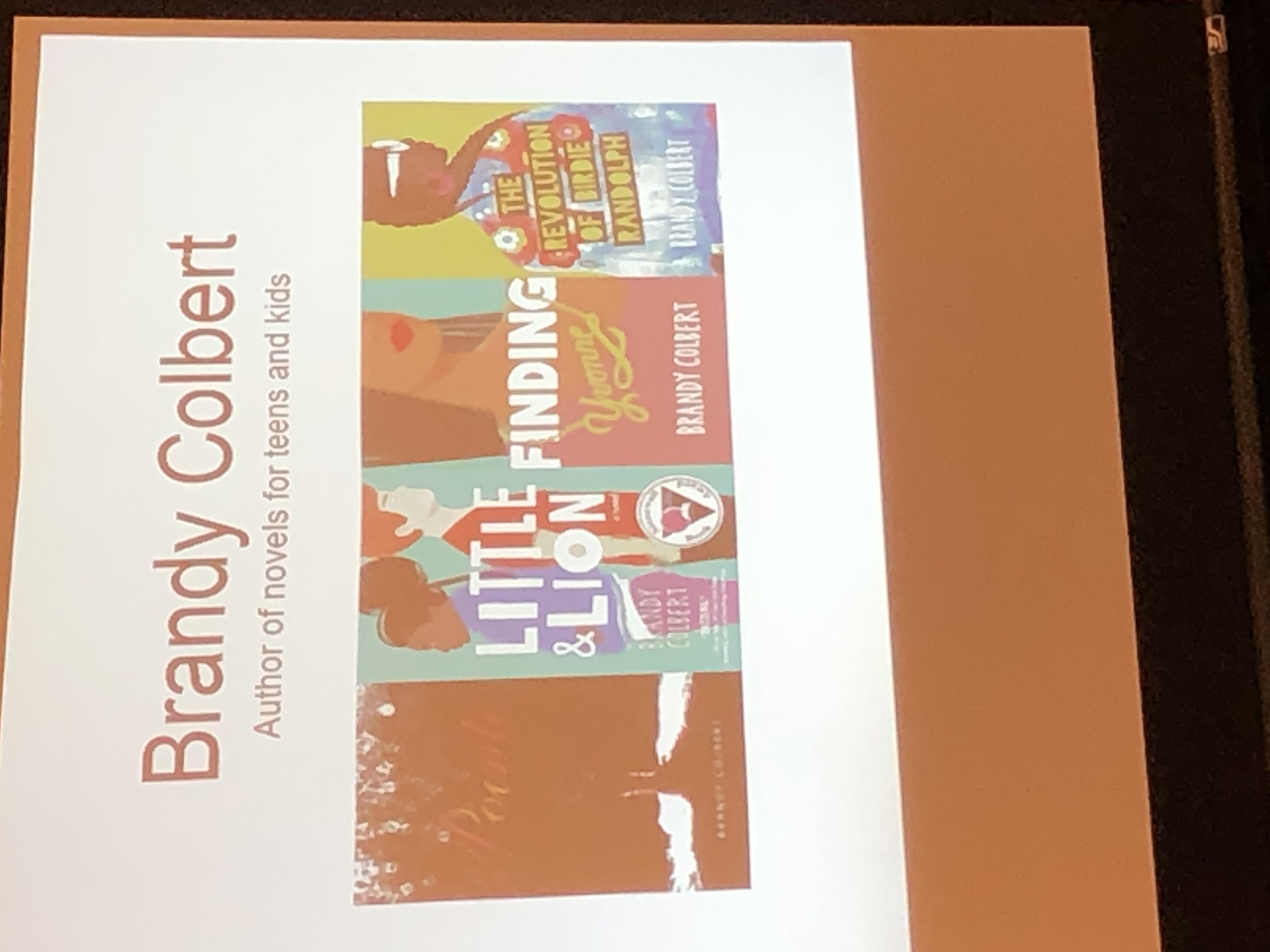 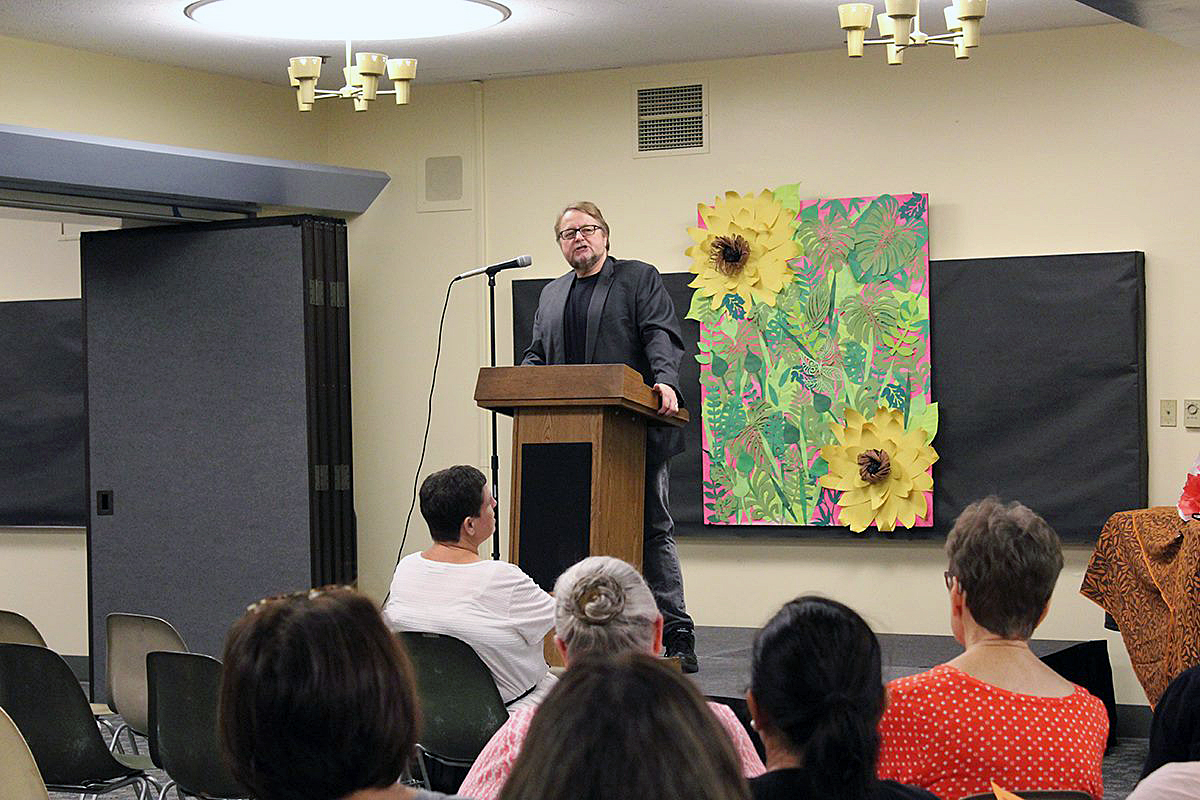 The timely story of a changing Mexican town and its complex relationship with America will captivate Anaheim readers this summer, culminating with a September visit to Anaheim Central Library by Mexican-American author Luis Alberto Urrea.

"Into the Beautiful North

"Into the Beautiful North" tells the story of a young woman's efforts to save her Sinaloan home from drug gangsters after the men of the town leave to work in the United States. The woman, inspired by the American Western classic film "The Magnificent Seven," sets out to America to recruit seven Mexican men to come back and fight for her town.

NEA Big Read book picks are designed to bring communities together through the shared experience of reading. This is the fifth year in a row that Anaheim Libraries have been awarded a NEA Big Read grant. 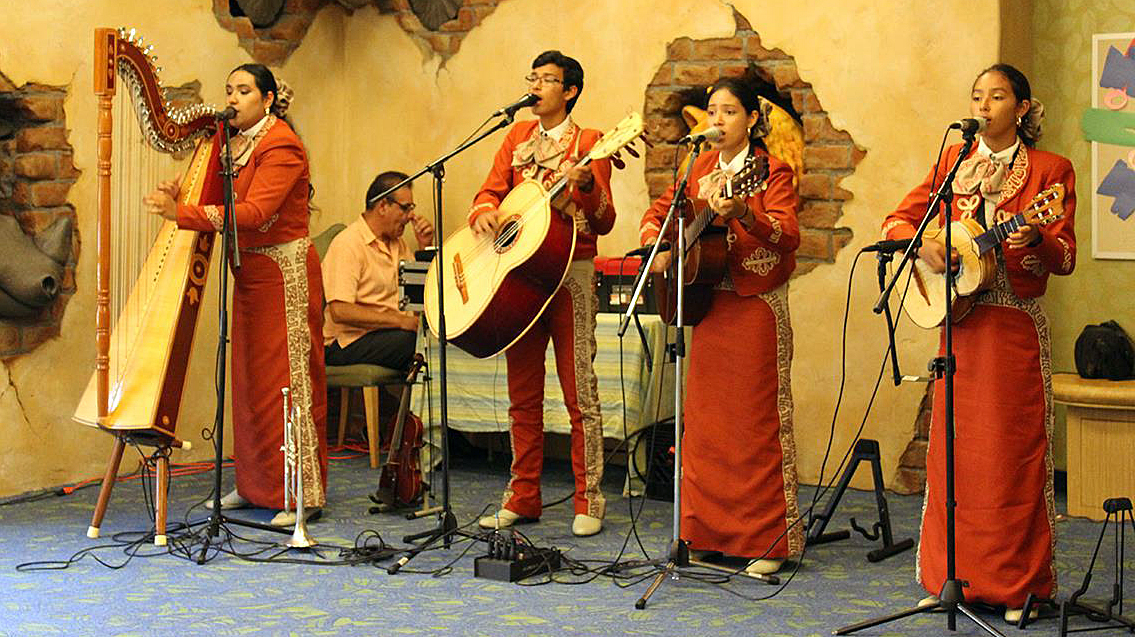 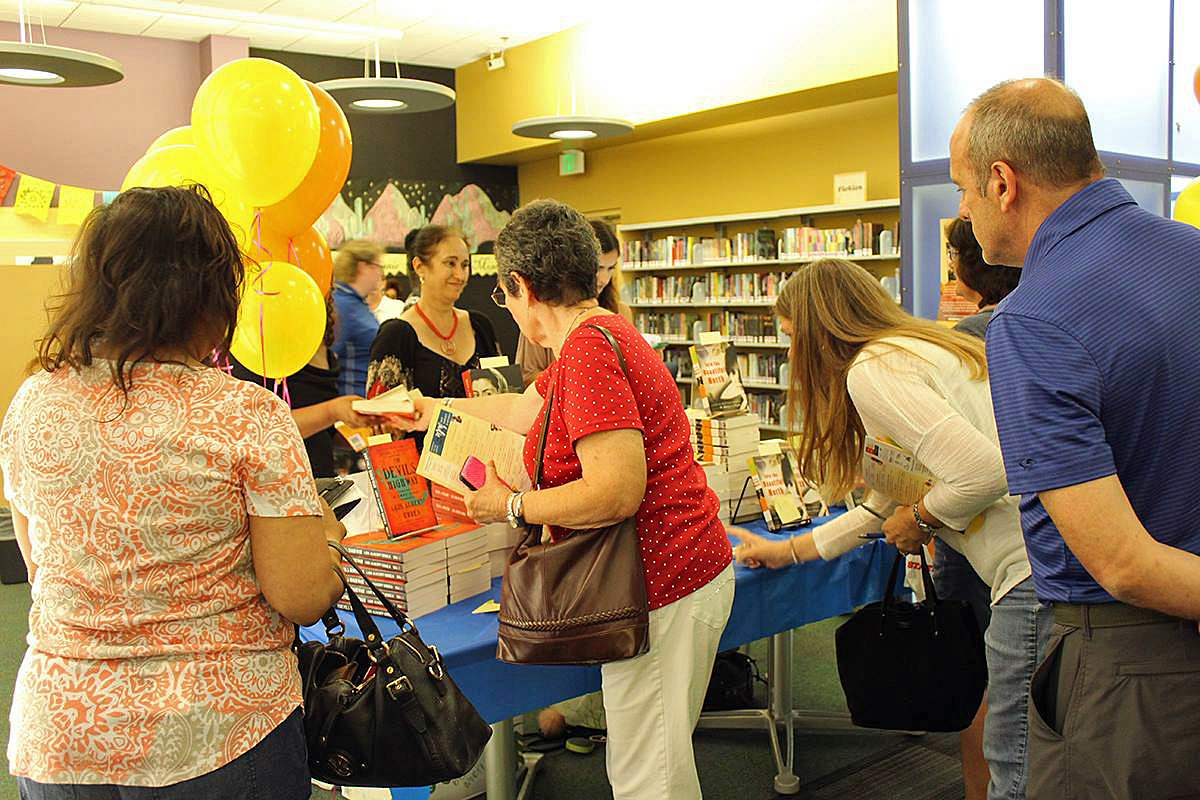 Residents can read "Into the Beautiful North" and join in a series of literary and cultural events by Anaheim Public Libraries coinciding with Hispanic Heritage Month,

Other Ways We Help

Born in Tijuana to a Mexican father and American mother, Urrea brings personal experience to his writing about the complex meshing of America and Mexico. 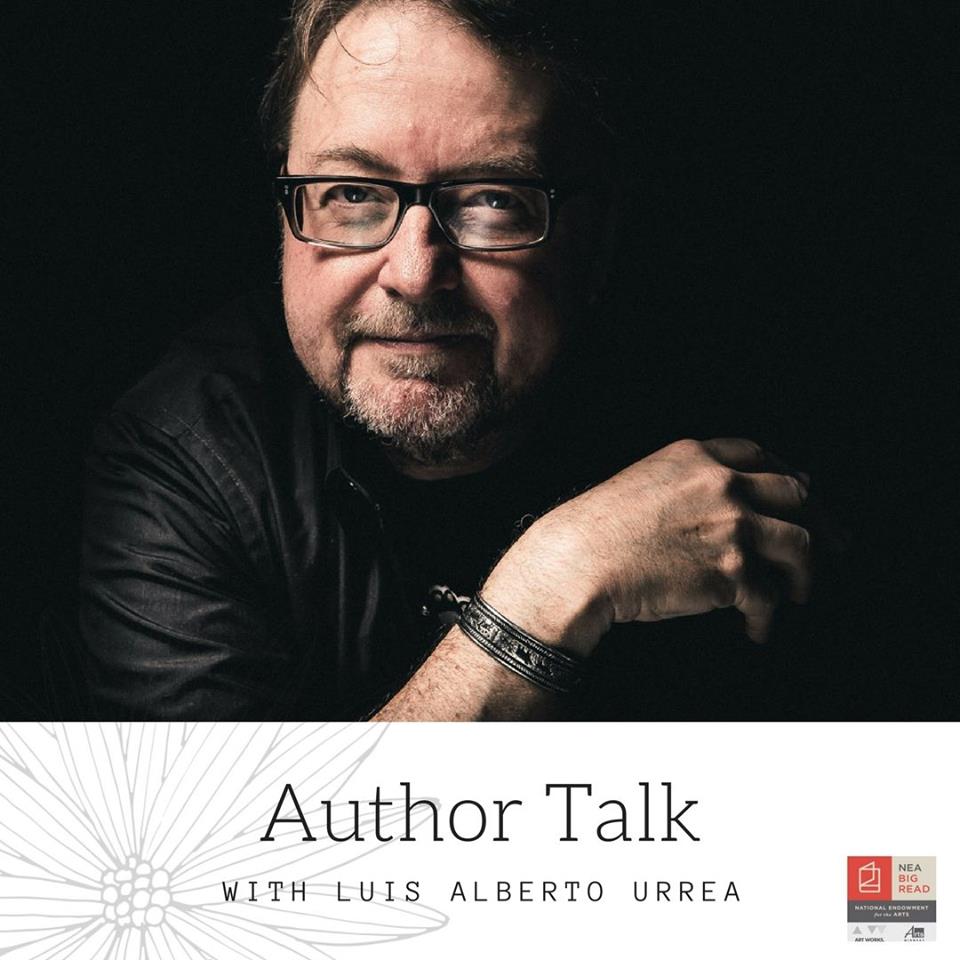 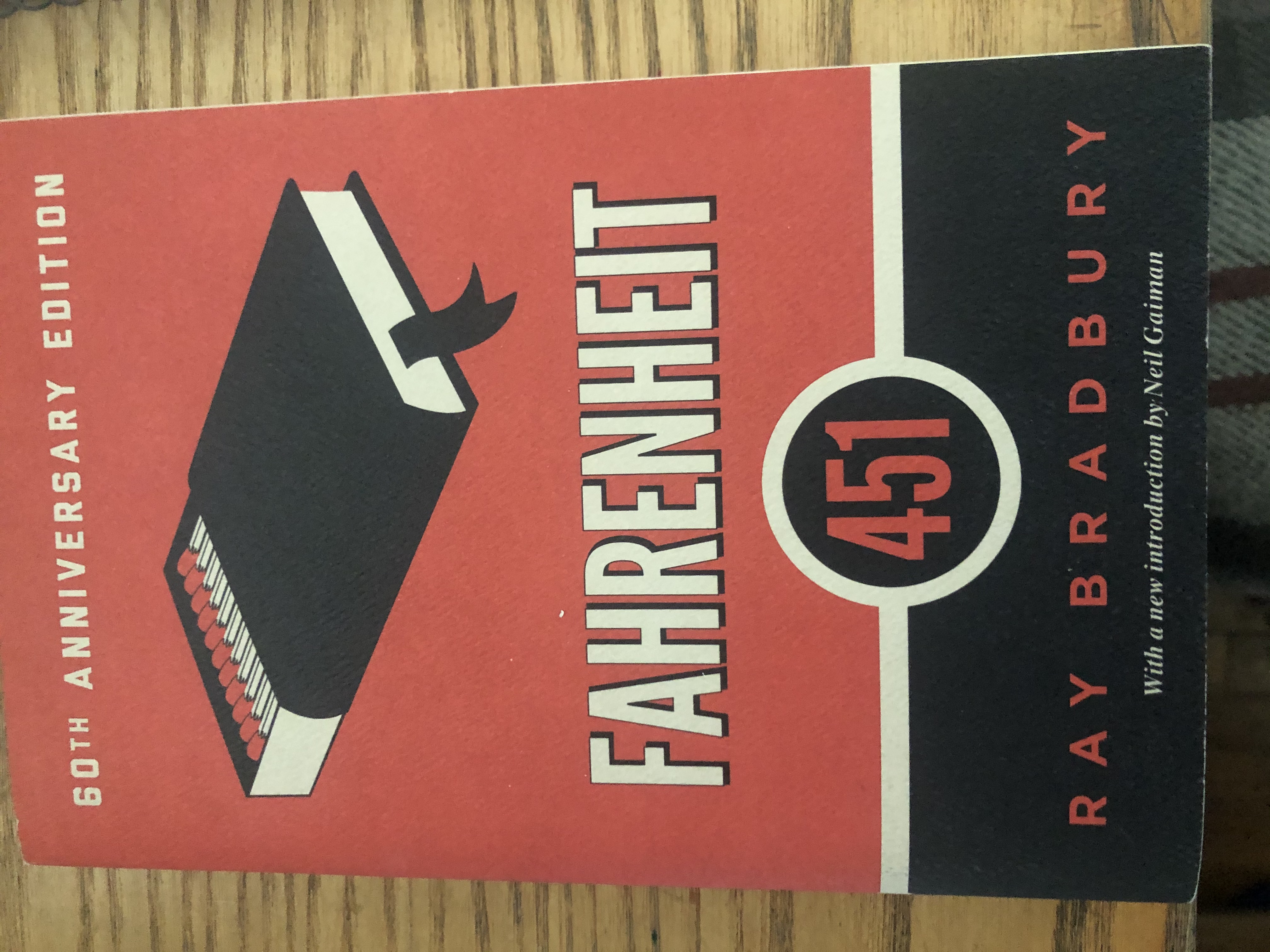 Guy Montag is a fireman. His job is to destroy the most illegal of commodities, the printed book, along with the houses in which they are hidden. Montag never questions the destruction and ruin his actions produce, returning each day to his bland life and wife, Mildred, who spends all day with her television “family.” But when he meets an eccentric young neighbor, Clarisse, who introduces him to a past where people didn’t live in fear and to a present where one sees the world through the ideas in books instead of the mindless chatter of television, Montag begins to question everything he has ever known. 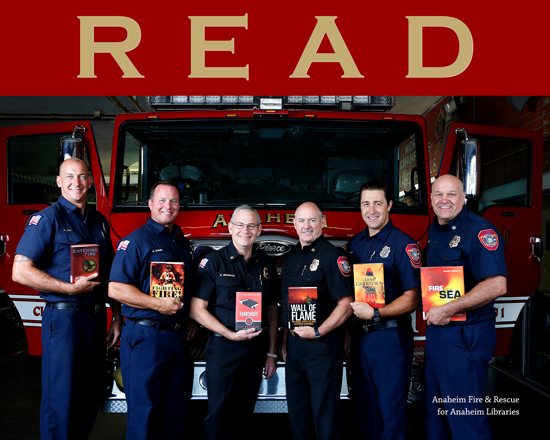 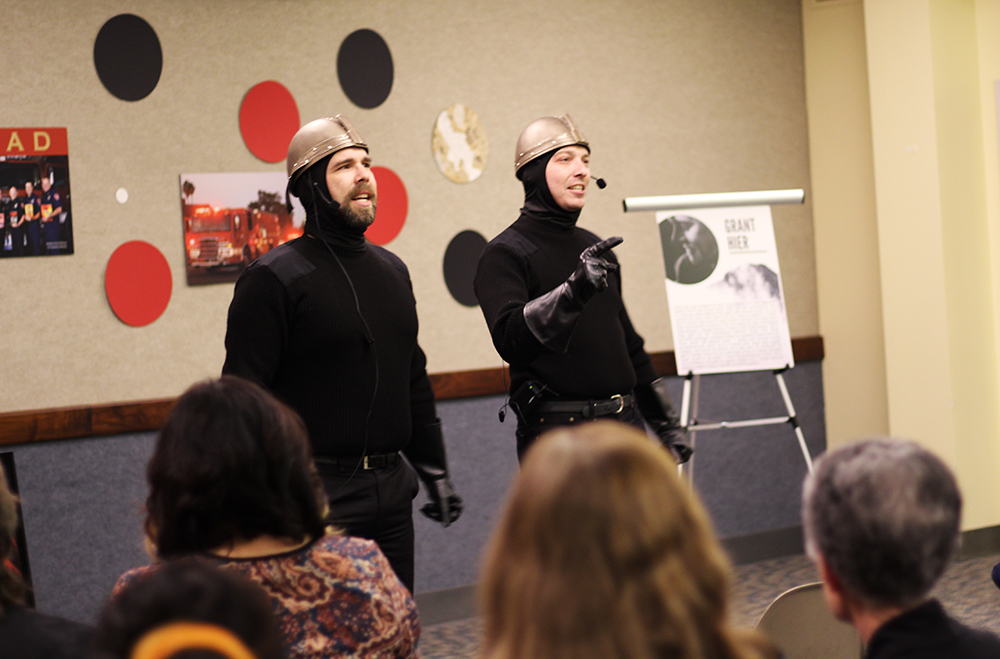 Actors from the Chance Theater in Anaheim perform scenes from the book.

Community members, actors and Altrusans enjoying the many events. 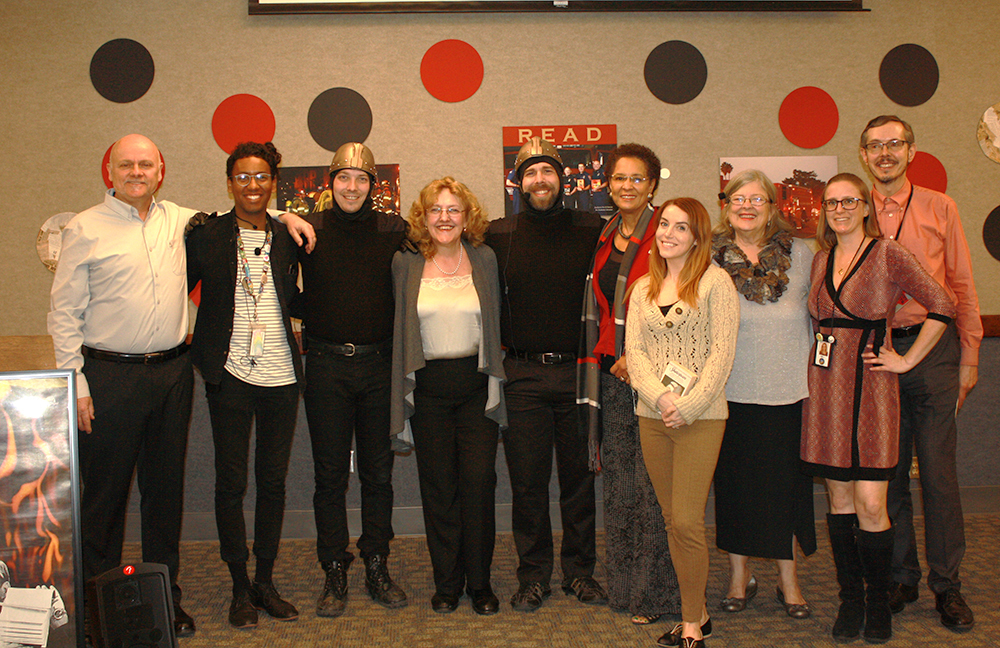 A coolly glittering gem of detective fiction that has haunted three generations of readers, from one of the greatest mystery writers of all time.

A treasure worth killing for. Sam Spade, a slightly shopworn private eye with his own solitary code of ethics. A perfumed grafter named Joel Cairo, a fat man name Gutman, and Brigid O’Shaughnessy, a beautiful and treacherous woman whose loyalties shift at the drop of a dime. These are the ingredients of Dashiell Hammett's iconic, influential, and beloved The Maltese Falcon.

Altrusa International of Anaheim members conceived the idea of One Book One City and with the grant opportunity NEA Big Read, the concept was embelished and began Anaheim Reads for the first year. It was funded by Altrusa, the Anaheim Police Department, Anaheim Public Library Foundation and the Friends of the Anaheim Library. It became the NEA Big Read the second year thanks to funding from that program which has faithfully through an annual grant application into the present.

The Anaheim Police Department was a major sponsor of Anaheim Reads. The Police Panel discusses the modern investigation process versus the process used in the book and the limits on an investigation during the timeline of the book around 1923. 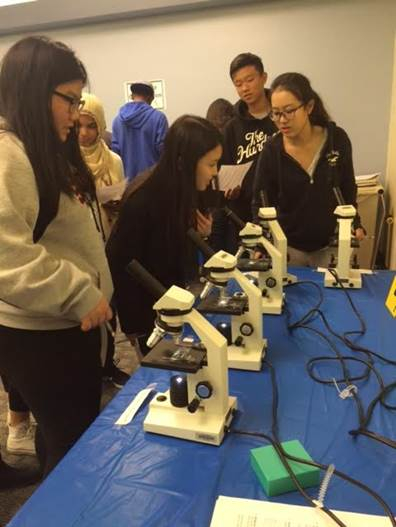 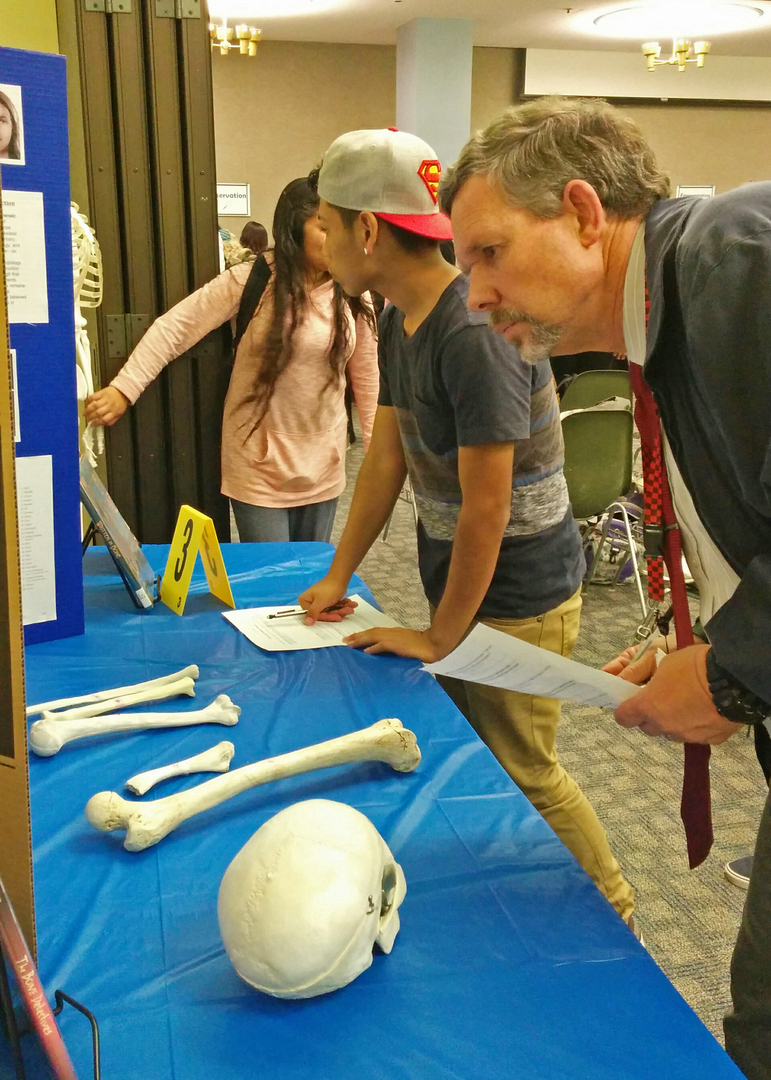 Detectives in training examine the evidence.

Detectives in training review the crime scene for clues. 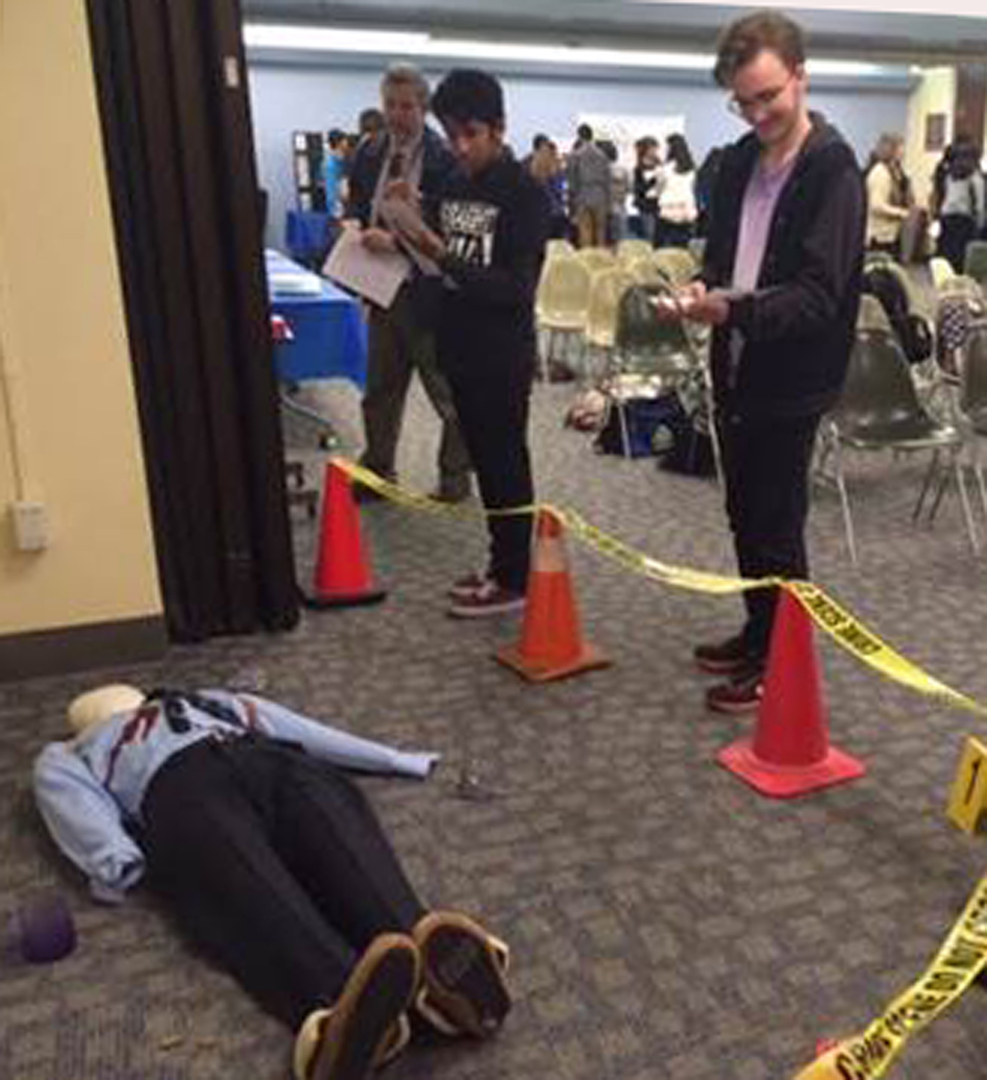 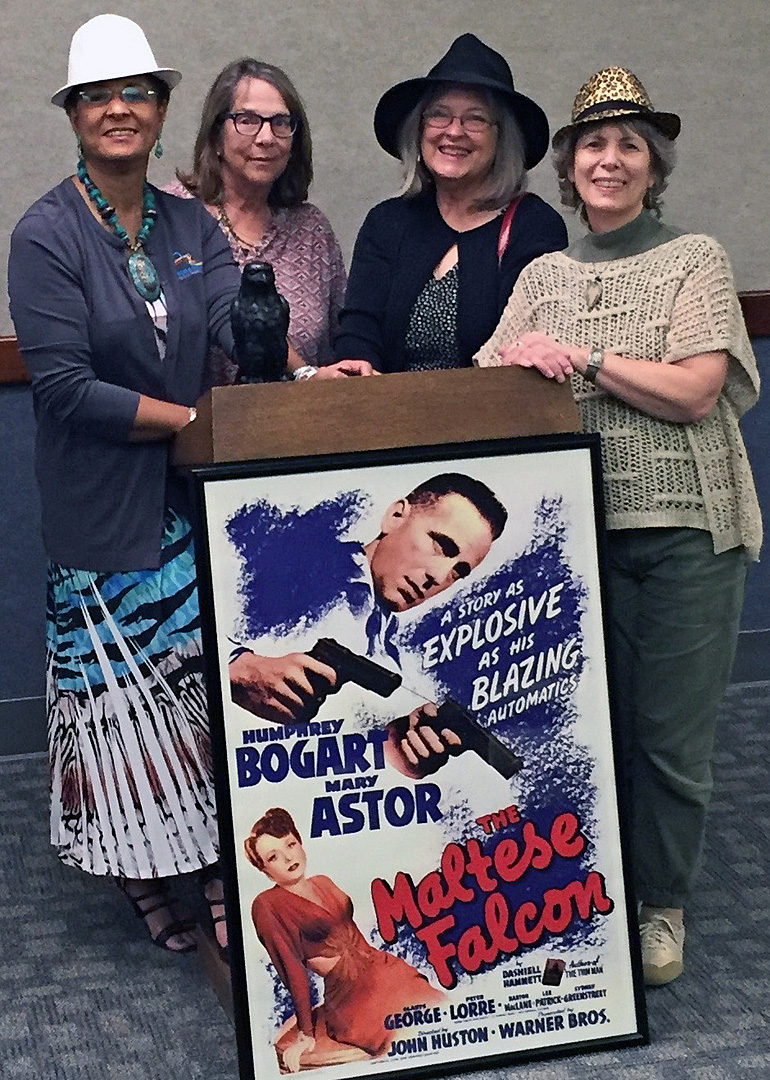 Actors from the Chance Theater in Anaheim set up one of the many scenes from the book. 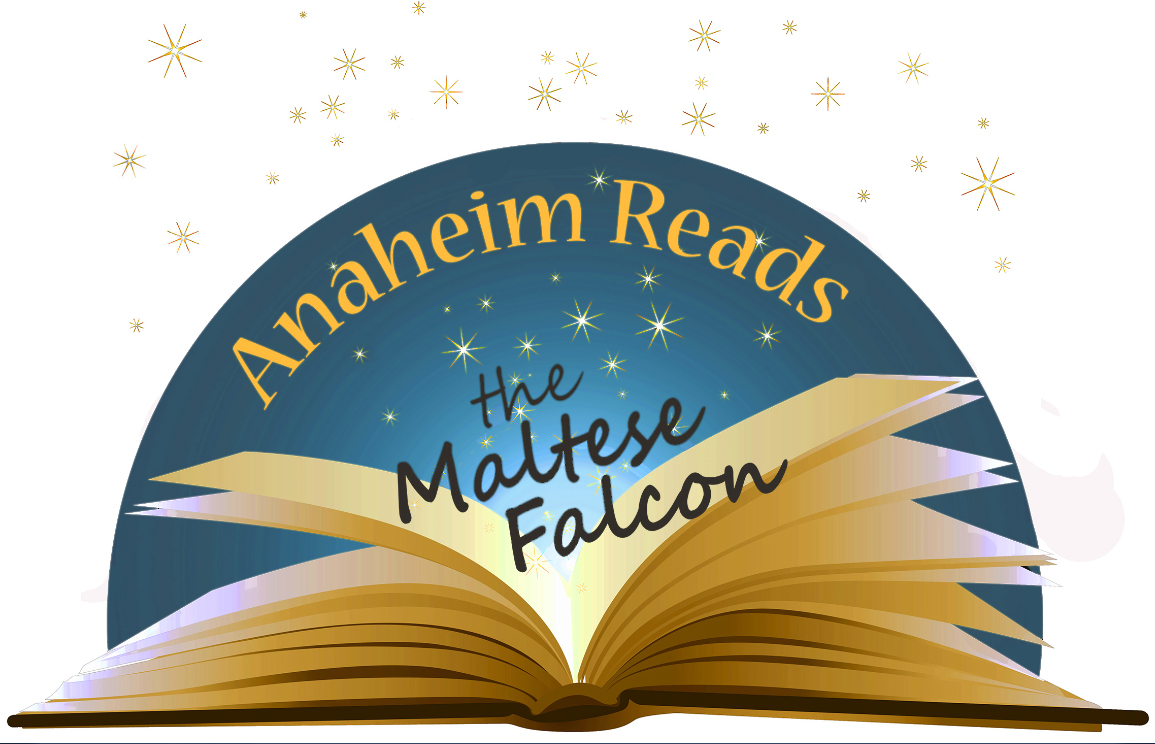